RPPSG’s innovative projects that contribute to the conservation of lobster stocks and to its habitat in the Gaspé!

To compensate 3 to 5% of the annual catches, the RPPSG produces in hatchery lobster larvae which are released on the seabed of the Gaspé Peninsula. The culture strategy is based on the Aquahive ™, an innovative nursery system designed specifically for lobster. In 2020, the millionth hatchery-reared baby lobster was released back to sea for a total, since 2010, of more than 1 320 000 lobsters seeded at stage V to reach the minimum catch size 6 to 8 years after their release at sea.

Visionary, in 2012 the lobster fishermen from the Gaspé were the first to use an electronic logbook (JBE) in Atlantic Canada. The RPPSG then developed JOBEL software, a JBE used on board vessels to collect information on daily catches and transmit them in real time to Fisheries and Oceans Canada. JOBEL, winner of the prestigious Mercuriades 2019 competition as a new technology, is used by other fisheries in Quebec and the Atlantic.

The development of artificial reefs is a way to improve lobster habitat in unproductive fishing areas, to increase the productivity of the species and the biodiversity of the marine environment. Made of natural stones, reefs create new habitats suitable to the natural deposition of lobster larvae, juveniles as well as adults, in addition to attracting fish and invertebrates, because they create a new habitat providing shelter and food. 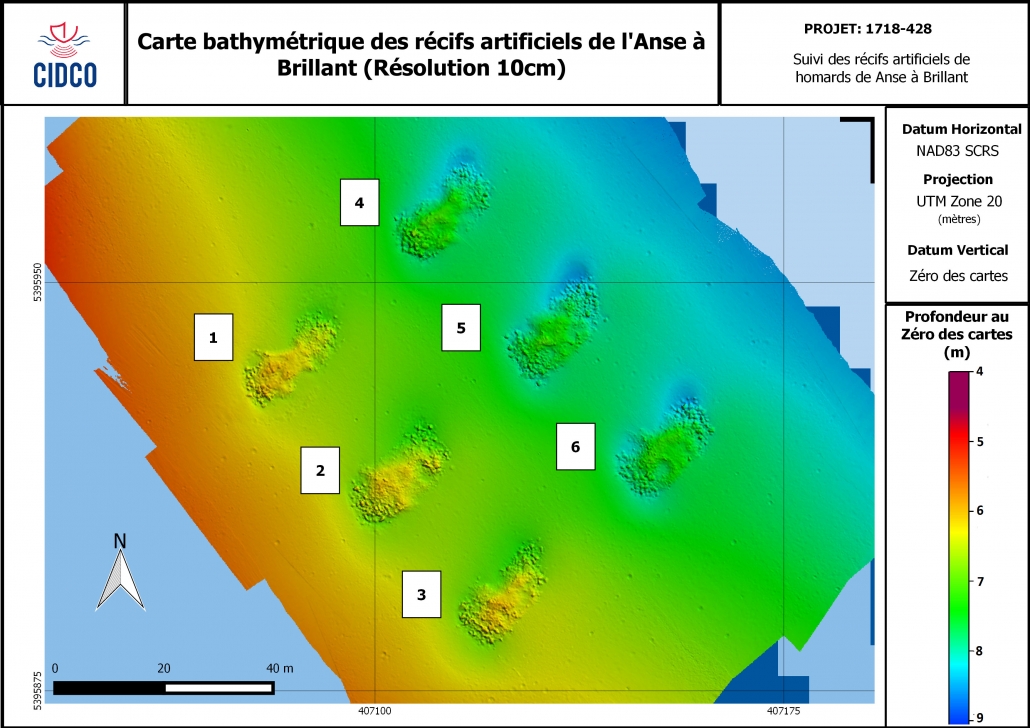